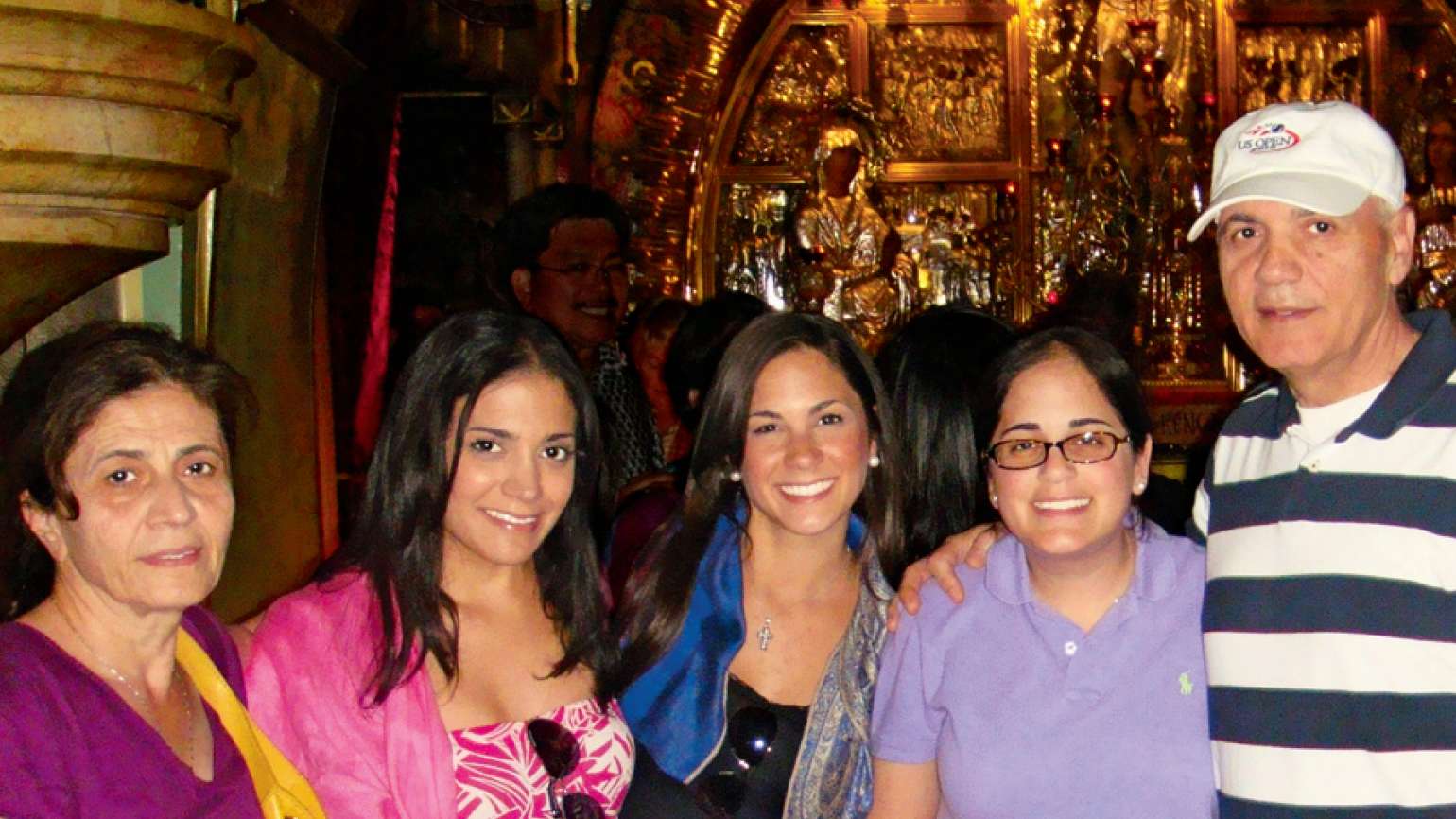 It took a trip halfway across the world to find what she’d been looking for all her life.

I was feeling a bit forlorn as I wandered the stone courtyard of the Church of the Pater Noster, the very spot in Israel where Jesus is thought to have first spoken the words of the “Our Father” to his disciples. Rows of decorative tile plaques outside the church displayed the prayer in every language imaginable, from Chinese to Cherokee. But I was looking for just one.

A few rows over, my dad was on the same mission. “It has to be here,” he said. I sighed, exhausted. It was the seventh day of our family trip to Israel. We were searching for a plaque in Aramaic—the language of Christ. The same language my parents spoke at home. But it was nowhere to be found. Not that I was surprised. After all, we were an unknown, forgotten people. We were used to feeling left out.

My parents are from Midyat, a small town in southeastern Turkey, though technically we aren’t Turkish. We are Syriac, which means we are a minority descended from some of the very first Christians in the Middle East.

I’d always been proud of our heritage, but most people didn’t have a clue what “Syriac” meant, especially in the suburban New York town where my sisters and I were born. We attended CCD religious-education classes with our friends at a Catholic church five minutes from home. Then on Sundays, we’d trek all the way to a Syriac church in New Jersey, where we’d listen to the choir sing mysterious hymns in heavy accents.

Whenever I tried to explain our background to my CCD class or friends at the third-grade lunch table, I was met with blank stares. And more than a few questions about how many turkeys Turkish people ate at Thanksgiving.

The puzzled looks persisted when I moved to New York City to pursue my writing career after graduate school. Turks who weren’t really Turkish and spoke a nearly extinct language? The same language as Jesus? It sounded preposterous, like some kind of witness-protection cover story. Not much had changed since the third-grade lunch table.

I thought things in Israel would be different, though. When my parents had first proposed that we join a trip to the Holy Land organized by our local Catholic church, I was thrilled. I’d dreamed of visiting Israel ever since I was little, enthralled by my mom’s dramatic renditions of biblical tales.

She’d wave her hands in the air and depict a faraway land where giants were thwarted and a humble carpenter walked on water. Maybe in Jesus’ homeland, where Christianity began, I would feel accepted, connected.

On a bus of about 25 Roman Catholics, though, we were once again the odd men out. We fumbled our way through the Rosary; we explained the difference between Syrians and Syriac countless times.

Yes, Israel was as wonderful as I had dreamed it would be—we walked the shores of Galilee, drove in a cramped van in the middle of the night to the top of Mount Tabor, floated on the Dead Sea and prayed at the Wailing Wall. But we certainly didn’t fit, even at the Church of the Pater Noster. I felt alone, forgotten. Out of place somehow.

I leaned against one of the courtyard walls, blinking up at the sun. Suddenly, I heard my dad calling for my sisters and me, excitement in his voice.

We found him standing in a vaulted walkway. He was grinning up at a plaque, though it looked like it’d seen better days. Unlike some of the other tablets, the tiles on this one were held together with strips of tape. Still, there was no mistaking the familiar slants and dashes of the Aramaic language.

My family stared up in awe at it, a bit dazed, as if we were all in on some little secret. The rest of our tour group caught up with us and surrounded the plaque. My dad read a few lines of the prayer in Aramaic, pointing at the words as he went along. “This is the language of Christ!” he said, beaming.

“Excuse me,” a man interrupted, tapping my dad on the shoulder. He wasn’t part of our tour group.

My dad’s face lit up and the two of them started yakking in Aramaic. What was going on?

The man clapped his hand on my father’s back, then disappeared. My dad turned to our tour group and explained, barely able to contain himself. The man lived in Sweden, but was originally from a Syriac Christian town not too far from where my parents were born. The man reappeared minutes later with the rest of his family.

And then, without warning, my dad started to sing the Lord’s Prayer in Aramaic. In our culture, the prayer is typically expressed in song, one that’s both beautiful and haunting. Almost like wailing. What is he doing? I wondered. Now wasn’t the time to break out into a strange song. Not when we were finally making strides. We’d stick out even more!

But the man from Sweden pushed his way through the crowd, stood right by my dad’s side and sang out the words of the prayer. One by one, his family joined in. Then my mom did too. Even my sisters. I stared at my parents, singing their hearts out. Not for anyone but God. Finally I joined the song, although my Aramaic was rusty and my voice wobbly. We all stood together and sang Jesus’ prayer in the Savior’s own tongue.

I glanced around. Our tour group stood watching in amazement. They snapped photos and took videos. Maybe they didn’t understand the words or where we’d come from, exactly. But did that really matter? Here, in God’s house, everyone had a place. And on this sacred ground, where Jesus first spoke those words of communion, I finally felt like I belonged.