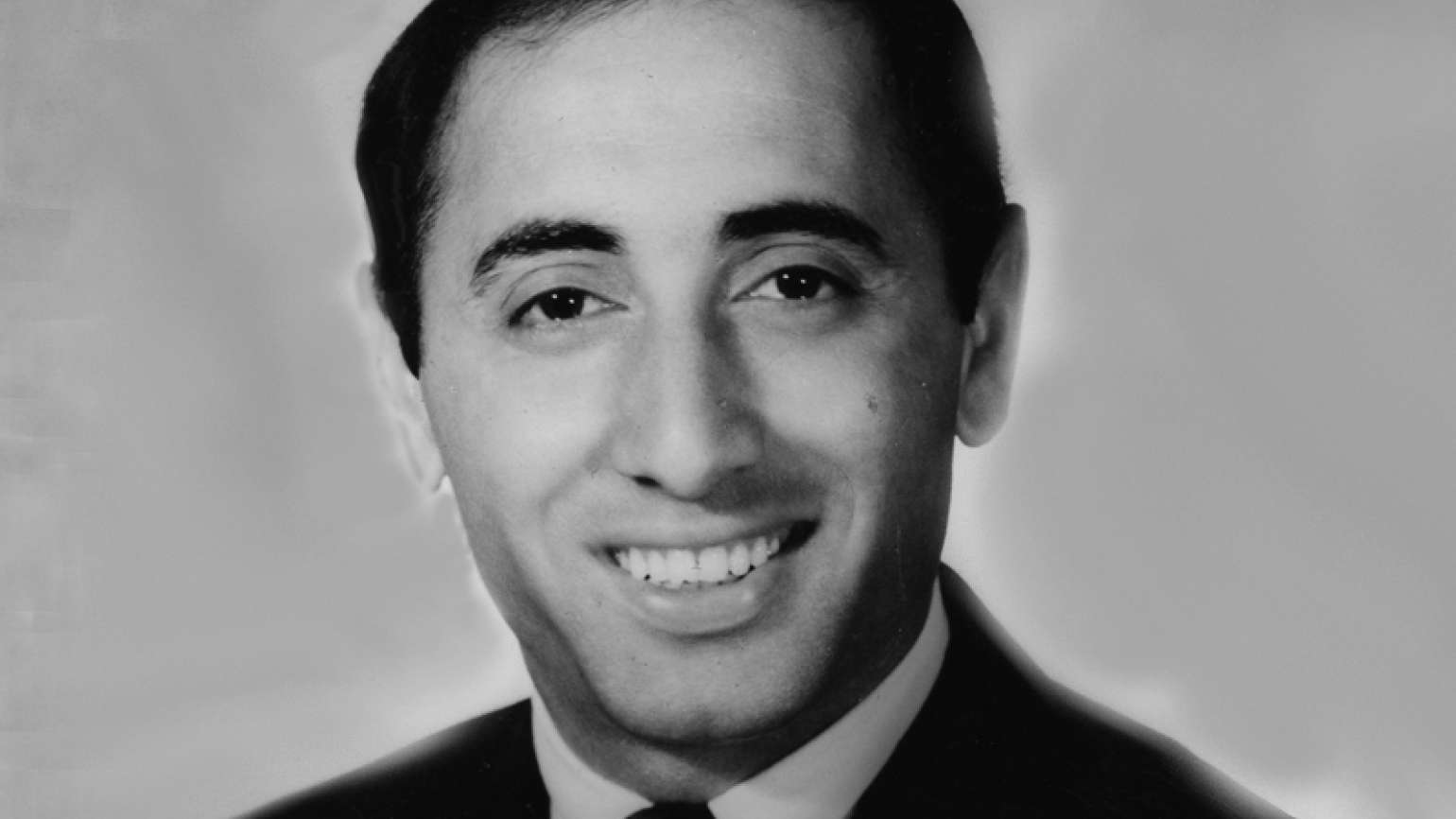 A few words, scribbled on a crumpled sheet of note­book paper. Words that would change my uncle’s life.

One night in 1966, Uncle Jack was driving home through Paramus, New Jersey, after another incredibly long day. A storm had hit just before midnight and the town was blan­keted in snow; hail danced on the windshield of his beat-up old Pontiac.

He gripped the steering wheel and forced his eyes open, exhausted from back-to-back finance classes at Fairleigh Dickinson University and a grueling eight-hour shift at a paper factory. He could still taste the bitter residue of the chemicals in the machines. A little like sour lime.

He’d come to the United States three years earlier from Turkey, eager to study hard, find a job on Wall Street and make his father, a pastor, proud. His younger brother–my dad–moved in with him. Together they barely had enough for groceries.

They’d camped out in their car one month to save on rent. Worked graveyard shifts. Ate candy bars for dinner.

Uncle Jack rolled past Cape Cod-style houses with dainty blue shutters and manicured lawns. One day, he might live in a house like that. Yeah, right, he thought.

The hail started really coming down. He could hardly make out the road. His tires hit a patch of ice. The car spun to the left. Uncle Jack wrestled the wheel, but skidded straight toward one of those blue-shuttered houses. Oh God, no!

Something stopped his slide. Uncle Jack steadied him­self and jumped out of the car to investigate. He’d plowed through a tidy row of shrubs and torn up the lawn under the snow, stopping just short of the house.

There was no way he could foot this family’s landscap­ing bill. Maybe they’d think he’d been drinking. The streets were deserted. The lights in the house were off–the own­ers were probably asleep. He got back in the car. How easy it would be to drive away.

His father’s voice filled his head–You can’t hide from God. My uncle reached into his statis­tics notebook, tore out a sheet of paper and started writing.

He rang the doorbell. A light came on and a man appeared in a striped nightshirt. “Sir, I’m very sorry,” Uncle Jack stam­mered, handing the groggy man his note. “I ruined your lawn. Here’s my name and number. I’ll pay. Call me….I’ll pay….”

Days passed, then weeks. Every time Uncle Jack drove down that road, his stomach churned. Any moment, the man in the nightshirt would call, demanding he pay up. Hundreds of dollars he didn’t have. Only the man never did.

Two years later, now working on his MBA, Uncle Jack was searching for an office job. His one prospect was at an accounting firm not far from campus. But who would take a chance on an immigrant with no experience and a thick accent?

At the interview, he fidgeted in the shiny poly­ester suit he’d borrowed from a much taller friend.

“No accounting experience, then?” the interviewer said, scanning the handwritten résumé. “I see. What about…” The man paused and peered over his glasses. “Wait, your name is Jack Aydin? Hold on.”

He disappeared from the room, then returned and handed my uncle a note on a crum­pled sheet of paper. “That you?” he asked.

Uncle Jack gulped. He hadn’t recognized the man. “Yes, that’s me,” he admitted.

“You know, I’ve kept this note in my desk all this time,” the interviewer said. “I’d never seen someone as scared as you were that night. Yet you still rang my doorbell.”

“Sir, I promised I’d pay. I’m so sorry about the bushes.”

Uncle Jack retired this year, after more than four decades as an executive and expert in the energy field. A man whom clients and colleagues always valued for his integrity. A ca­reer that began with an icy road and the right decision.