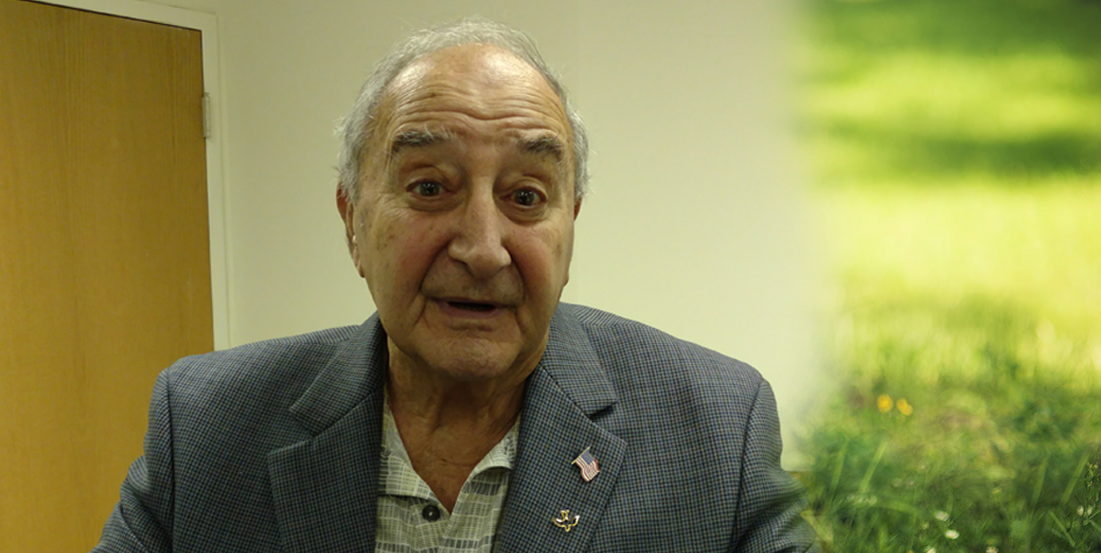 Leonard Chernigal turned 90 on March 16, and his life story mirrors the life of the Assyrian Orthodox Church of the Virgin Mary, founded in West Hoboken (now Union City) about 13 years before his birth in 1928. The West Hoboken congregation grew quickly as more and more people emigrated from Diyarbakır in a wave extending from the late 1800s to the early 1900s. The immigrants settled in West Hoboken, Paterson, Newark, Summit, Chatham and other cities and towns in New Jersey. In New York, they went to places like Brooklyn, College Point, and Long Island. They sewed, made carpets, and wove silk in sweltering mills, Lenny said. Many were tailors, and others operated dry-cleaning stores. “They were ambitious,” Lenny said. “One family had a farm in Hackettstown before World War II, but the men went to war, and they couldn’t keep the farm running.”

With the congregation growing, St. Mary’s had to look for larger quarters and, in April 1927, the parishioners finished building a new church at the corner of 62nd St. and Monroe Place in West New York.

Sunday School Scholar, Altar Boy and Trustee
Lenny is among a handful of active parishioners who attended Holy Liturgy at the West New York church soon after it was built, and they continue to attend Holy Liturgy here in Paramus, where the church opened 50 years ago in 1968 to follow its parishioners as they moved once again, this time to the New Jersey suburbs.

Fellow parishioners who attended Holy Liturgy during the church’s early years in West New York include Tom and Gloria Saraffian, Tom Betterbed, and Gladys Grasso. Lenny, Tom Saraffian and Tom Betterbed were members of the board of trustees that spearheaded the church’s relocation to Paramus. Both were on hand for the new building’s consecration on April 7, 1968. Lenny has been a trustee on and off since 1953 and has overseen church maintenance since then.

Lenny’s participation in church life began about a year after the West New York church opened. He was the second baby, and the first boy, to be baptized in the West New York building. He is reminded of the event every Sunday because the baptismal fount in which he was baptized now stands on the Paramus altar.

“I was raised in the church,” Lenny said. “I was an altar boy, a trustee, and I attended Sunday School.”

Back then, “the church was everything,” Lenny said. “Our social life was centered on the church. We had rollerskating, basketball.”  Youthful parishioners attended dances held at the Jewish Community Center in Union City. “Our parents supported us. They made lula kabob. We didn’t have to have a big deal.” Lenny also participated in the Assyrian Youth Organization.

“Rev. [Elias] Sugar took us [Sunday school children] to the Old Mill stream in Paramus and cooked for us,” Lenny remembers. After Holy Liturgy, “he handed out bershan to people.”

Rev. Sugar, who passed away in 1963, came from Worcester, Mass., to serve the parish when the West New York church was built, succeeding Rev. Hanna Koori, who served the West Hoboken church. Rev. Koori was the first Assyrian Orthodox priest in the U.S.

Parishioners stuck together, traveling almost every weekend in the summer to Belmar, N.J. The kids, Lenny said, “intermingled with their parents, aunts and uncles while they were there. Today kids have to be in one place and the rest of their families in another.” In Belmar, some families congregated in an area that some called “Bizzer Beach,” and others congregated nearby in an area informally called “Fustaq (Pistachio) Beach,” for the snacks that they brought to the shore.

At the time, Union City was a typical New Jersey city, full of apartment houses and only a few single-family homes, Lenny recalled. And it was safe. Kids played outdoors while both parents were at work. “We were all latchkey kids.”

And there were lots of them, so many in fact that the city-run day-care center had no room for kids ages seven or over, he said. “The streets were full of kids.”

Paramus is Born
After World War II, however, the church faced challenges as people moved out of the West New York area as part of a post-war migration of people from crowded cities to newly built suburbs with larger homes and yards to raise growing families. As a result, fewer families attended Holy Liturgy in the West New York location. “We were going broke. There was no money coming in,” Lenny said.

In 1962, the board polled the entire congregation, which agreed that a new location with a better church, social hall and parking was needed. But where? “We got a map and drew circles with a 50-mile radius” around the areas where parishioners lived, Lenny said. All of the circles converged on Paramus, then a town where celery farms were rapidly giving way to malls.

Rose Koomjian, a church member and real estate agent, found the property, six acres owned by a merchant marine captain who would sell the land only if it were used for religious purposes, Lenny said. “We had outdoor church services on a patio. It had a three-car garage with an apartment upstairs where Father John (Khoury) lived.”

To complement fundraising efforts to build the new church, the parish sold off half the land for $60,000, the same amount that the church paid for the entire six acres, Lenny recalled.

“People rejoined after we moved,” Lenny said. But the church faced another challenge when many of its original members passed away. An influx of new Turkish immigrants in the 70s, 80s and 90s as well as some immigrants from Syria and Lebanon, however, “replenished the members we were losing.”

Some of the original members of the West New York church continue to celebrate Qurbono in Paramus, serving as living links to the history of the Assyrian Orthodox Church in the U.S. Many of their parents, born in Diyarbakır, spoke a unique dialect that mixed Kurdish, Turkish, Arabic and Armenian. “Once we’re gone, that language is gone too,” Lenny said.

But, by the grace of God, the church that Lenny and his contemporaries helped build won’t be.

Learning from the Saints – By Father Gabriel Alkass

The Benefits of Baptism – By Father Gabriel Alkass